Volley: spring of victory flips and for Lube is Italian Cup 2017

The desire for revenge allowed Lube Volley to flip the spring of victory and win the Italian Cup 2017 men’s volleyball. In front of an audience of 8000 spectators the two teams of Civitanova and Trent have been fighting like two lions in the arena. In the field there can only be one winner and Chicco Blengini with his boys won a trophy that was missing since 2009.

“A great satisfaction! We were tired after the five sets but we gave everything on the pitch. After the defeat of a year ago against Trento in the semifinals, this time we took a good revenge thanks to a good performance from the whole team, always keeping high level of play. ” So Osmany Juantorena says (Cucine Lube Civitanova). 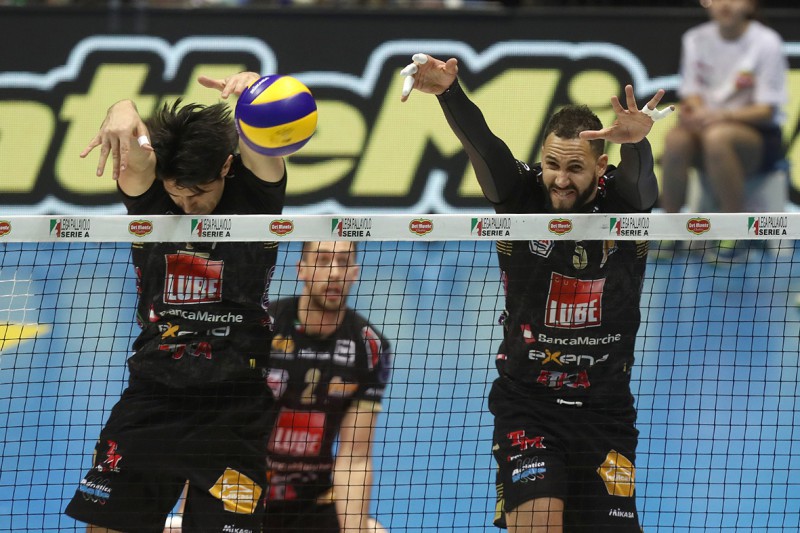 Adriatica Molle is proud and really excited about Lube Volley win– rejoices Alessandro Vissani, from Adriatica Molle, Lube Volley supporter and sponsor . The boys have made us dream during this great championship with their determination and their victories.

Tonight (Thursday, February 2nd) at 20.30, the Cucine Lube Civitanova (players and staff) is celebrating the fresh victory of the Italian Cup with a dinner at the “Turtle” Disco Pub of Macerata. One evening, therefore, not to be missed for all the fans and lovers of volleyball in general, that could have the opportunity to meet the red and white samples for a photo posing with the Italian Cup.

Beware though that “the game is not over yet”! To await the Lube Volley there are now next CEV Cup and the Italian Super Cup 2017, which they qualified thanks to the 2017 Italian Cup.

Fabio Giulianelli (Patron Cucine Lube Civitanova) comments on the victory looking to the future. “It’s ‘the fifth Italian Cup, but the last one is always the most beautiful. Our company deserved it for all the sacrifices and the investments made, this year is his fiftieth birthday, and we stamped in the best way. Winning in front of nine thousand people, in this stage, it was a great satisfaction. This victory is the beginning of a year that will see us definitely protagonists. The team is able to react even in adverse times and this makes us believe you can handle playing in any competition . “

We join it to the words of Fabio Giulianelli with a great hope and good luck to the team Lube Volley by all the staff at Adriatica Molle. Come on guys! Continue to make us dream!